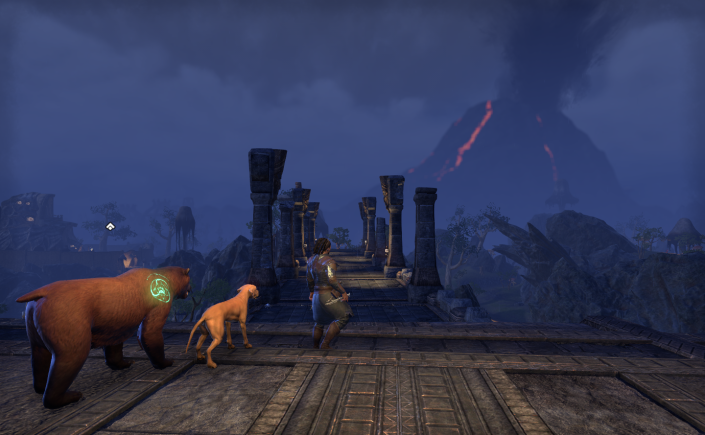 Bethesda finally released their much-anticipated massively multiplayer online role-playing game (crikey that’s a mouthful!), The Elder Scrolls Online, back in 2014.  Unfortunately it wasn’t exactly well-received, with many people criticising everything from the needlessly greedy business model to the overall performance of the game.

Thankfully, after many patches and a bevy of additional content, TESO is now the game it promised to be, but is it too late?

Frankly, no. Better late than never, I say.  So why should you play The Elder Scrolls Online?

Put simply, for the escapism. If the riveting lore doesn’t pull you in, then the almost meditative gameplay loop will.

Elder Scrolls boasts a story that is incredibly rich in detail.   There’s everything from small family dramas to continent spanning wars, but each story is intricately woven together to create a diverse, complex world.  TESO gives you carte blanche to create your own character and immerse yourself into that excellent lore.

There’s a therapeutic rhythm to the gameplay as well.  Completing quests is entertaining enough thanks to the strong writing, but the in-depth crafting gives you a reason to explore the enormous, lovingly crafted world. Scouring Tamriel for materials and using what you find to craft better gear feels incredibly rewarding.

If your negative opinions of The Elder Scrolls Online stem from the poor launch then I urge you to give it another try.  It has not only become the game it should have been from the start, but it continues to grow and improve with every update.

Bethesda and Zenimax have gone out of their way to rectify TESO‘s troubled launch.  The game is much more stable now and the heavily criticised business model has been completely overhauled. Gone are the mandatory subscriptions, which makes the game much less impenetrable to new players.  You can still pay for a subscription if you desire certain benefits – mainly the free access to the downloadable content – but the entirety of the main game can be played without one.

For years the MMO genre has been dominated by World of Warcraft, but thanks to the continued support and tinkering from the developers, The Elder Scrolls Online can now be considered a genuine alternative.

The Elder Scrolls Online is available on PC, Mac, Xbox One and PS4.

One thought on “Why you should play The Elder Scrolls Online”